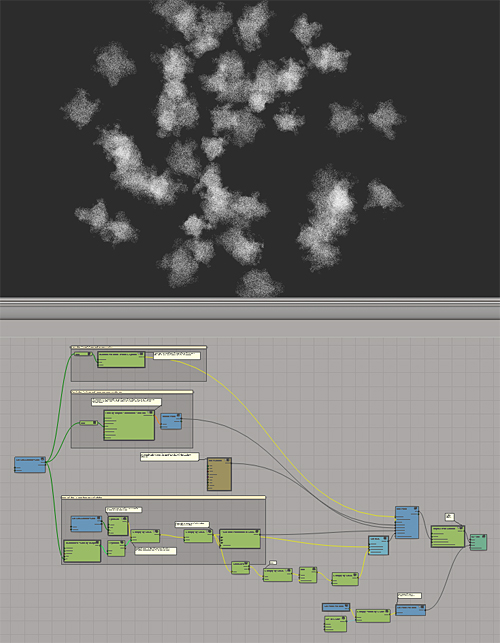 The simulation is “meh”, but it was a test. This scene wasn’t originally about particle clumping, either: that was just put in as a way for me to play with the idea but not really my original focus. I was using it as a testbed for a homebrew collision/bounce node, which functions, but in the end that part wasn’t anything particularly special or even sophisticated. The clumping part is more interesting in the long run.

Someone recently asked about clumping particles online, and I recalled that I had this scene on hand. So here it is, as built by yours truly while never intending it to be anything other than personal experimentation… with some comments put in after the fact.