In an earlier post I used a very unwieldy approach to get the position of a null in vex. Since then I have used a method where an object_merge SOP is set to transform “into this object” and then a point function can easily read the first point in the null to arrive at a center position. The problem with this is that you are reading the icon geometry for the object and in the case of a null this is ok, but the camera icon has each point offset from it’s origin.

Enter optransform and cracktransform. The optransform function will let you set a path to the camera (or whatever else you may want to use) and then populates a matrix with the target’s transforms. You can then extract out the position as a vector using the cracktransform function… this function if pretty powerful and at first confusing but essentially it has a switch which let’s you specify the portion of the matrix you need. 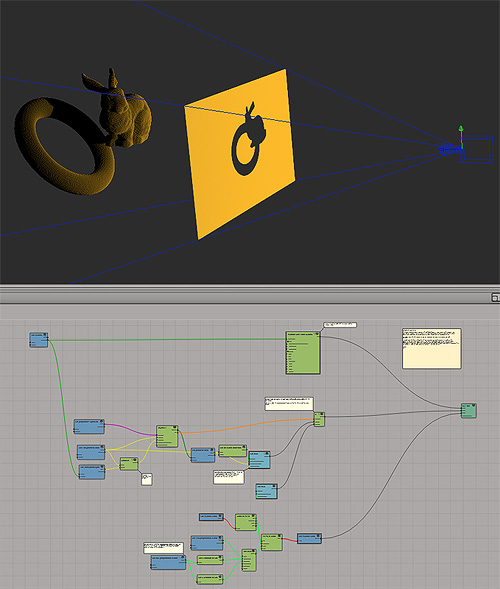