Mercedes “Santa.” :30, created snow rig using slipstream/fury which was then implemented into the shots by artist and friend Sue Jang. Method/NYC. The actor is Peter Xifo – nice job Peter!

This isn’t anything special, just a slapped-together polygonized ICE/slipstreamVX pointcloud I made a while back. 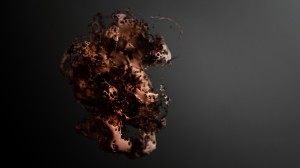 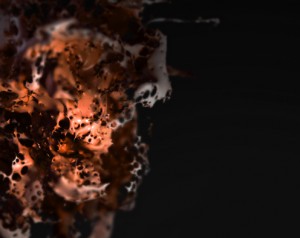 As long as we are talking about Exocortex, they just posted this exciting preview of the next version of their point rendering tool Fury.

For those of you wondering why this is important, it’s simple enough. Fury is fast. Really, really fast. And it was written by Ben Houston, the original author of Krakatoa, a tool of choice for rendering particles. Softimage, Max and Maya users alike can move their simulations to ICE (or create their simulations with ice directly) and partake in the Fury awesomeness.

LOOK at it. 1 million points. Self shadowing and cast shadows. 1-second-per-frame.

In this example, 1 million points are lit and rendered in about 1 second per frame and the shadow map is also created at the same time. Motion blur and DOF do not slow down rendering time.

The simulation in this example is from a alpha-version of SlipstreamVX 2.0 and thus the smoke motion isn’t quite perfect in this video.”

There is a good article online about Exocortex and the work they did using Slipstream VX for the last Harry Potter film. You can find it here.

The pool, known as the Pensieve to Harry Potter fans, contains an oillike liquid that sloshes around in its basin whenever someone gazes into it. While they had managed to make do with available tools in previous Harry Potter movies, this time around animators wanted the effects to be bigger, better and more realistic than ever before.

“I went and further customized our software to meet the needs of the Harry Potter production,” said Houston, adding the experience has been “awesome.”

Animators at Gradient learned about Houston’s software from a review in a computer graphics magazine, he said.

Having written the magazine article in question, I couldn’t be happier for Exocortex. Good work, guys!