It had been a while since I wrote anything technique-specific for softimage, so I decided to come up with a rendertree setup for “lit sphere” rendering and share it on this blog. I would talk about normals and angles of incidence and it would be completely cool. Well, it’s still cool, but no need for much in the way of discussion…  it turned out to be ridiculously simple.

Have you ever used mudbox or zBrush and noticed how nice their realtime clay-like materials are? That’s what we’re talking about. 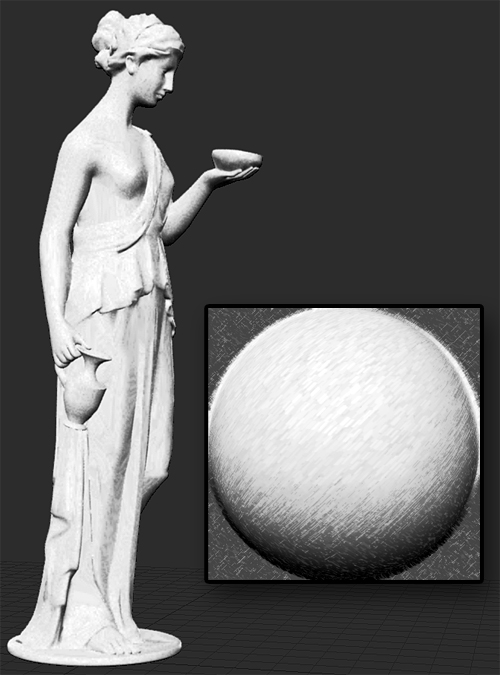 A “lit sphere”, or what zBrush users might recognize as a “MatCap” material, is a technique first described (as far as I know) by Bruce and Amy Gooch, Peter Sloan and William Martin in their 2001 paper  “The Lit Sphere – A model for Capturing NPR shading from Art.” 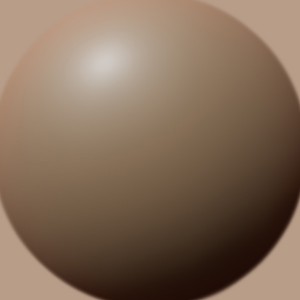 The basic idea is simple: a spherical image can act as a stand-in for the lighting of a more complex surface, by mapping the angle of the surface normal  (as seen from the camera) to XY coordinates of an image, such that the center of the image relates to a surface facing the camera and every other angle of incidence maps to an X (horizontal angles) and Y (vertical) coordinate on the texture.

The result is “lighting” defined for every possible normal via a simple texture, and what’s really cool is that the result can easily approximate various painterly, sketchy or waxy surfaces. Since everything derives from a texture, it’s fast enough for realtime shaders and easy to change and edit. 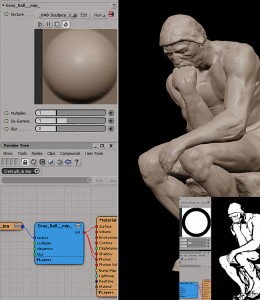 Ok, so how do we get this result in realtime, and how do we get it in Mental Ray? Well, realtime requires a realtime shader. It’s easy to make a HLSL shader in Mental Mill without any shader programming expertise at all. Here’s an admittedly junky one for use in Maya, which works in Softimage as well.

But if you don’t want realtime display in your viewport, it’s just as simple to render litspheres in Mental Ray, regardless of what package you’re using. Just use the mipGrayBall shader, and feed it a “litsphere” texture. That’s it. Done.

So, while this topic didn’t prove to be a basis for a insightful tour through the rendertree, at least it’s cool in the sense that you just can’t get a more powerful shading tool any simpler than this. If you are looking for an interesting approach to NPR or “Painterly” rendering styles, you want to specifically mimic a sketchy or painterly style of a traditional artist, or you want a good realtime material to model with that has the same feel of lighting you get in mudbox, now you’re set.  Enjoy.