The most common email I get from people who have visited this blog is inquiries about the dark color of the background in the screenshots. No it’s not a custom UI, I just have a custom menu with a bunch of stuff including two ridiculously simple scripts… one which cycles the background color in all viewports and one which sets them to this dark grey.

I chose this color for a couple of reasons.

These two little scripts go a long way towards my personal enjoyment of the software. I won’t bother to display them in the post (wordpress kills the formatting), but here’s a file for each…

Since we’re on the topic… Softimage needs a new UI. It’s elegant and functional in many ways, but dated. The light grey is glaring, the huge arrow button looks absurd to new artists, (they’re right) and I have a strong suspicion that it’s a major factor which keeps new artists from Softimage. Just my $0.02.

There is an awesome thread on the softimage list where the small pipeline enhancements softimage users tend to accumulate in their personal collections are being discussed. In it I vowed to share mine to the community as a whole over time on this blog. So here’s the first one… a little python script I keep in a custom menu, which writes a log (as an anotation in the explorer) of distances between objects.

There you go… I hope it proves helpful to some of you. :)

I considered sharing my personal workgroup in it’s entirety, but there’s a lot of trash in there I wouldn’t want to burden people with, plus a considerable amount of stuff which Isn’t mine to share. So until I make a “clean” workgroup I’ll just have to post bits and pieces… 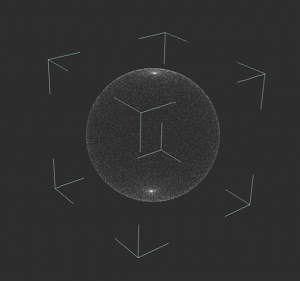 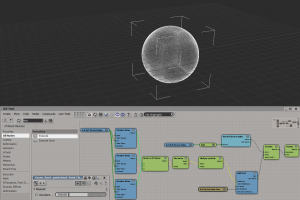 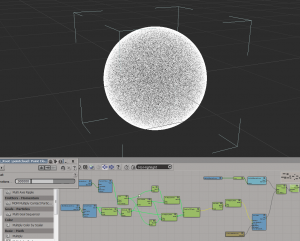 XSI users may want to check this out, the site has some tools and plugins for XSI, including a free set of ICE compounds, a metaball (pay) plugin, and some very nice scripts.

The $100 euro metaball .addon is pretty nice, many of us have encountered it’s ancestor as the popular free metaball tool which has been around for a while now. Now a grown up product for sale, this plugin adds ICE compatibility as well as the added/cleaner functionality of allowing metaball models to be constructed by hand, through “metapaint” etc. The tool includes not only spherical implicit metaball primitives but cylinders and cubic meta-surfaces, which is a welcome addition. The generated meshes are reasonably clean and can be set to use several models of meshing.

There’s a fair amount in here for the money, feature wise. Usage is pretty straightforward, and the mesh generation is fast. Since ICE users are wanting any mesh generation tools they can get their hands on it’s worth taking a look at the free demo, and my first take is that this tool makes a nice compliment to Eric Mootz’s emPolygonizer. It’s definitely a lot of fun to play with!