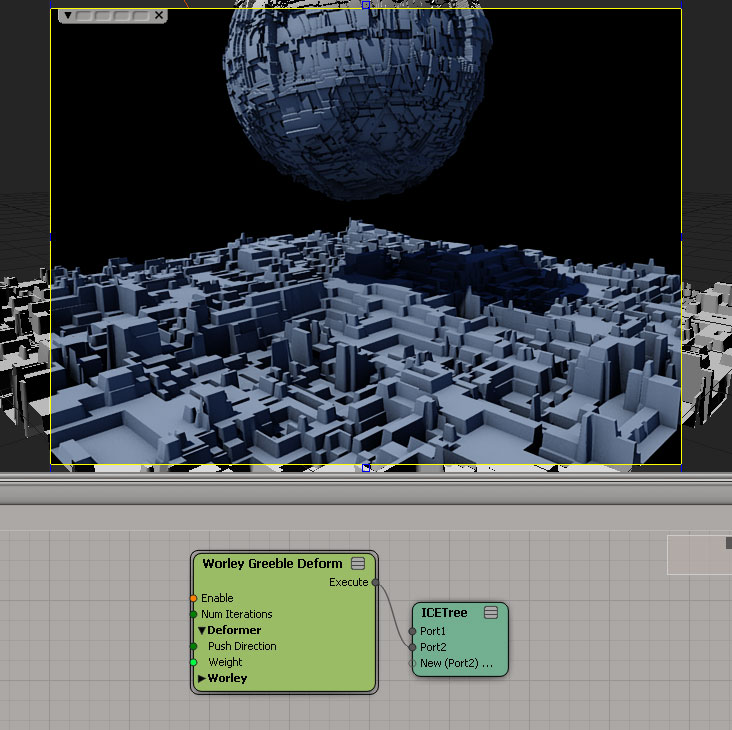 SI-Community has a “resource dump” for scraps of stuff people want to share in an unfinished or flawed state for others to pick over. This “Greeble push deformer” I made a while back is IMHO a good candidate for such a bin, so I’m sharing it there.

BTW, if you don’t regularly visit SI-Community, why not? It, rray.de and the softimage mailing list are the heart of the softimage community. And vimeo:

It works fine, so why am I putting it in a “public rubbish bin” rather than releasing it with fanfare? Well, I’m not particularly proud of it lol. Here are some reasons why this isn’t awesome:

But it’s hardly doing any good sitting on my hard drive so here you go – consider it an example of how to iterate a push deformer. Try turbulence instead of worley noise and it will look a little terrain like. Change the worley noise and you can make some crater-like looks. So it sucks, but in a kinda fun way. Hope it’s of use to someone.