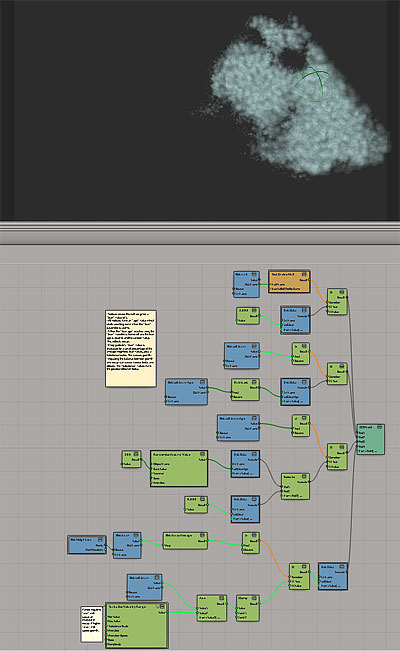 I made this a looong time ago and just now came across it, added some comments. It’s pretty classic ICE, a couple of attributes sweep through the vertices of a mesh and are used to drive particle values. I have no recollection when or why I made it, was probably just futzing around, but the basic task is one which comes up fairly often. For instance, on a recent commercial I did something akin to this to create a polygonized mesh “filling” effect. Similarly, on a film a ways back I used an approach like this to select points which were allowed to simulate, causing that classic “solid object burns into dust in an instant” effect. Handy for vaporizing vampires (however, oddly enough I didn’t get to use this trick on another horror film which actually had vampires. Go figure.)