There are a billion discussions of the Fibonacci sequence, phi, the golden section etc. So I’m going to let you browse the wonderful web and largely find out about it for yourself (try here), with only this brief summary…

If you take the ratio between any two consecutive numbers in the fibonacci sequence, they increasingly converge towards a single value, 1.61538 (memorize it!) which is called the “Golden Number” or Phi: Φ

This ratio is found throughout nature, as well as classical art, mathematics etc. It crops up in an amazing number of places. A logarithmic spiral in which points of the spiral are Φ units apart after a quarter turn is called a “golden spiral”, for instance, and can be found in seashells, seed pods, flowers, pinecones and as I said before, lots and lots of websites. If you’ve had a certain amount of coffee, this video might be illuminating: 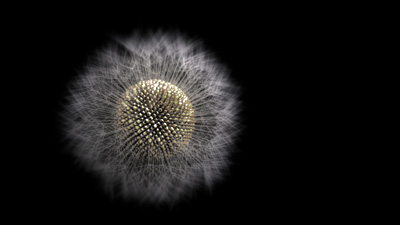 Other artists using ICE have put out tutorials and compounds relating to these spirals, browse around  (hint I’m one of them.)

Recently as I fiddled around I came across an interesting point about these kinds of distributions that caught my attention: they are a very efficient way to pack particles evenly on a surface. This is an important point to an effects artist, because not only is a large part of this job mimicking nature, but distributing points efficiently on surfaces lets us maximize the number of non-overlapping particles we emit.

So, I built some compounds, first to calculate phi (or simply return it as a stored constant, depending on the accuracy needed.) Another to convert phi into angles in degrees and radians (the “golden angle”), and finally I took these and made an emitter. Hooray, it indeed did allow me to emit a sphere of particles packed efficiently, and even better since I didn’t have to use a “generate sample set” it allows millions of particles to be emitted much faster than simply emitting particles from spherical geometry, and without any resolution-dependance on the LOD of a polygonal sphere. And this “phi” distribution has a nice, natural look. 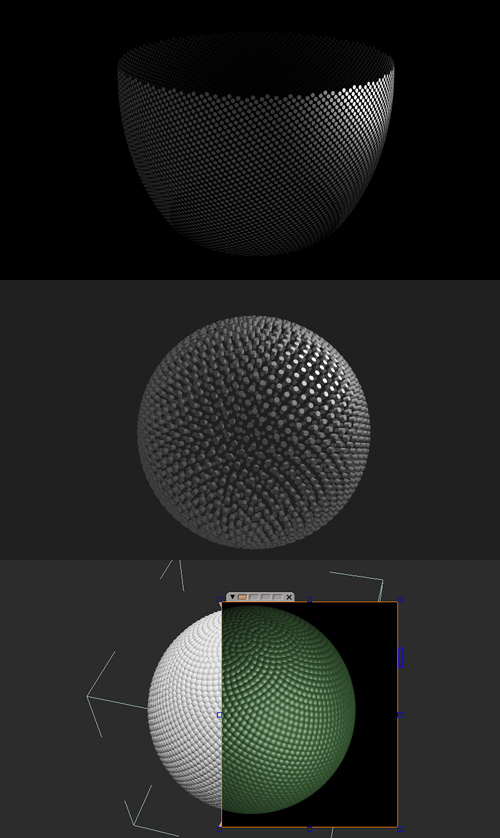 Here are the compounds, enjoy: ICE_phiDistribution