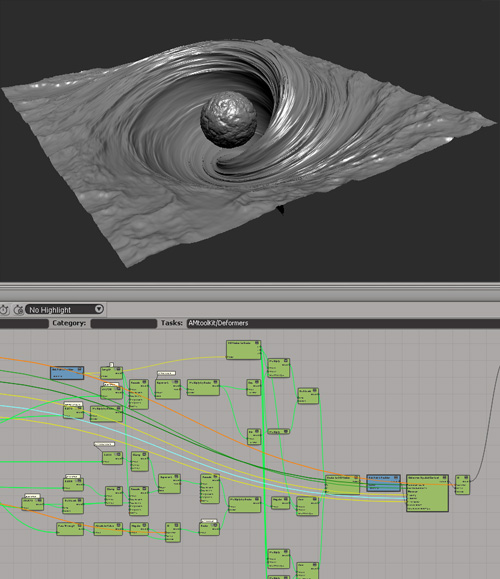 A user on si-community asked how to “move” the deformation in the earlier whirlpool example. Doing so involves a couple of matrix transformations – you basically force the points of the geometry to the global origin where you perform your deformation and them move them back to the local space they were in.

It’s a simple operation that I haven’t really figured out how to illustrate in a simple and intuitive manner yet… about the best I could do was to revise the scene so people can compare a “before” and “after”. The first scene is a working scene, it’s where I was assembling the basic deformation, it’s all relative to the global origin. This new scene then goes through the steps of making the deformation “production ready.” I clean things up, make the deformation operate in the object’s space, and package it all up as compounds.

Here are the compounds and the revised scene (2013): example_whirlpoolDeformer2